Should we be concerned?

FreeBSD 13.0 is EOL August 31, 2022, and seeing as the last release of NomadBSD is based on this, with no release announcement since 2021-05-13, should we be concerned?
I’m a massive FreeBSD advocate, and NomadBSD is a well loved and respected OS, and it would be a shame if it ended as all the other derivatives have over the years… NomadBSD Twitter is quiet as is this board, so can anyone from the team at the very least give us some bits to chew on?

That’s stable, ‘release’ which NomadBSD is based on reaches EOL in a couple of weeks,

Personally I would not be too concerned; FreeBSD 13.1 is and has been available, and there are notes on the FreeBSD site explaining how to write a FreeBSD image directly to USB.
The FreeBSD 13.2 announcement is planned for March 27, 2023, with various lifecycle events happening well before that date, which are also explained on the FreeBSD site.
Whether NomadBSD continues or not, true FreeBSD enthusiasts ought to be happy; FreeBSD certainly IS in the modern generation in terms of the capabilities. I may extract and install an image just to see where things currently stand; no need to fear in any case.

I haven’t seen any of the developers of Nomad on this forum since I have been participating…what…6 or so months now. I think we’re pretty much on our own here. I like Nomad, but I don’t think there will be any further development of it. I kinda think maybe the devs have all got paying jobs now.

Not saying that’s the case, I doubt they’d quit without giving any notice, but if it happens to be I wouldn’t mind being part of a team forking it. I’m already working on a project that requires me to do some changes to FreeBSD. I’d have a bit more to learn but otherwise I think it’d be fun.

I’ve used it a few times, but it’s a bit heavyweight for my own tastes; it’d be nice if there was a lightweight live BSD using Fluxbox, or similar WM, file manager, terminal, & web browser that people can then add their own choice of other programs to, (that’s the kind of Linux distro that I tend to use most).

To be frank, I think it’s easier to find another distribution than changing the philosophy of NomadBSD.

This is my personal take:
The average user can make a NomadBSD-USB-stick that will boot on a wide array of computers and be productive from the get-go (my point), without first having to install (large) packages and thereby have to rely on a stable internet-connection.

Hopefully I didn’t miss your point - Have a nice day

No criticism, just that I think a lot of people only use computers to go online, some e-mail, watch a video, play some music, & for those people, they basically only need a web browser.

It is what it is, & I can easily find a ‘live’ Linux distro to do the job, just not a BSD one.

I think the creators of NomadBSD are busy, but still available. I think the intention is that others pick up the code and continue without forking it. The website and OS code are available on GitHub. I notice that the last update was earlier today. If enhancements or changes are desired, the best thing might be to get involved and submit a patch. 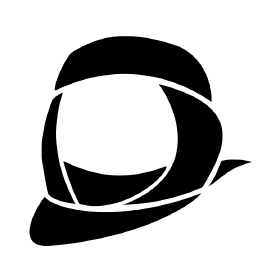 Live system for USB flash drives, based on FreeBSD® - NomadBSD

As an ex-user of OS/2, PC-BSD and TrueOS I would not be too concerned either/as well…
There might be an issue when the text reads :
“On August 31, 2022, FreeBSD 13.0 will reach end-of-life and will no longer be
supported by the FreeBSD Security Team. Users of FreeBSD 13.0 are strongly
encouraged to upgrade to a newer release as soon as possible.”
https://lists.freebsd.org/archives/freebsd-announce/2022-August/000044.html
So somebody installing 13.0 from liveUSB should/must upgrade to 13.1 all at once. This fact should be documented.

in my experience is also a great tool to repair an upgrade that did not go as desired.

Hey Chris, how you doing? Did not know you wanted to celebrate your comeback on this forum that soon.

I recently looked over the FreeBSD 13.0 announcement thingy and I think we should not be too concerned with this unless you daily drive it as your desktop cuz there are more than this one specific use case to utilize NomadBSD for.

If you use it as your daily desktop OS, however, then you might run into problems like this one. Caring for updates, being on the latest version of the base OS and all the fun stuff. I think you would be better off to move to something else to daily drive that instead of NomadBSD.

I did not look into the main branch of NomadBSD over on GitHub for how long patches were merged into master. @Maurizio probably could answer your questions better in this regard than my stupid me.

I’m speculating @mk1 and @lme are maybe too busy to work on the project right now, they maybe got their lifes standing in their way to continue working hard on the project. I don’t know for sure but that’s again my POV, just my assumption.

So somebody installing 13.0 from liveUSB should/must upgrade to 13.1 all at once. This fact should be documented.

Agree, I also wish to find documentation about, and I’ve the feeling that a sort of how-to has been posted here but haven’t found yet among all topics. Last week I upgraded my FreeBSD (same on removable USB fully installed) from 13.0 to 13.1, this is documented in the man pages of FreeBSD and forum users supported me in some passages I didn’t catch immediately.

Is this what you were looking for?

I know that and have then used to perform the 13.0 packages upgrade, but I guess we’re talking about version upgrade.
Thanks anyway