On my i9 MacBook Pro with Vega20 graphics, booting Nomad results in a lock-up (see image)
It is asking me for manual input, but even if I would know what to type, the keyboard (as wel as external keyboard) does not respond. Manual input impossible. 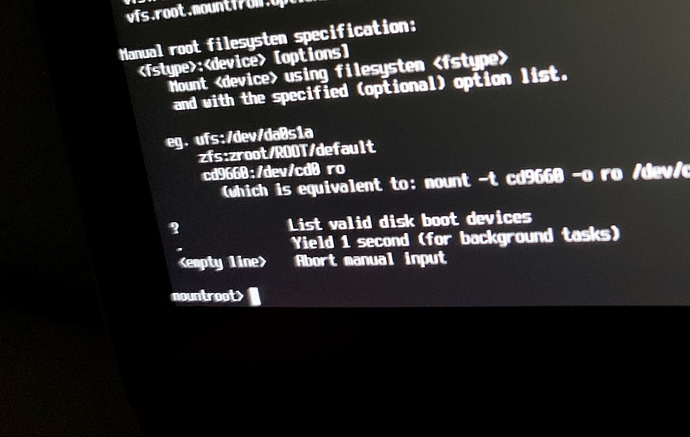 I had a similar problem on a MacBook Pro 15¨ Mid-2015. My solution? Installing on a Sandisk external USB flash drive. Be sure to install boot loader to that drive and you´ll have a working OS. I installed GhostBSD this way after 13 failed attempts. In the case of GhostBSD, you are given the option of the FreeBSD boot loader or FreeBSD UEFI loader, which is more Mac friendly. I have NomadBSD less likely to complain. But, then again it appears that you have a late MacBook-,…which is likely to have later technologies and a more obstructive policy as regards running anything other than MacOS.